Per NASA GSFC, a satellite-based data record starting in late 1978 shows that rapid changes have been occurring in the Arctic, where the ice coverage has been declining at a substantial rate, particularly in summer. In contrast, in the Antarctic the sea ice coverage has been increasing although at a lesser rate than the decreases in the Arctic. Shown below are up-to-date satellite observations of the sea ice covers of both the Arctic and the Antarctic, along with comparisons with the historical satellite record of more than 37 years.

Context: Not subject to urban heat island effects, the trend in global sea ice extent is a primary indicator of climate change, or the lack thereof. The strong difference between the winter and summer anomalies indicates something is going on beyond just a warming. We hope to publish a paper on the cause of this soon. 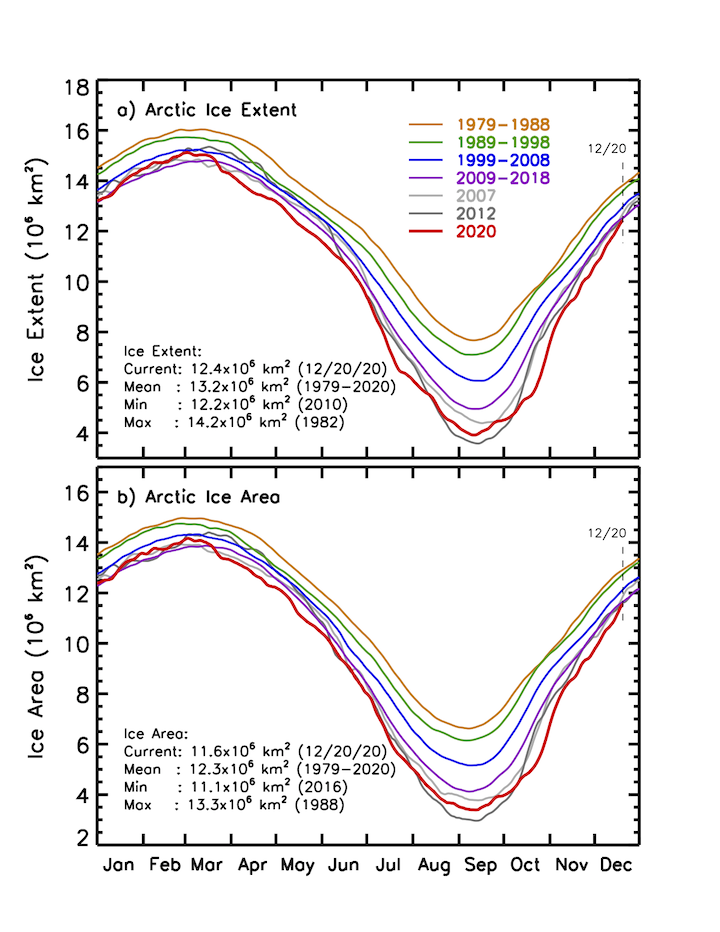 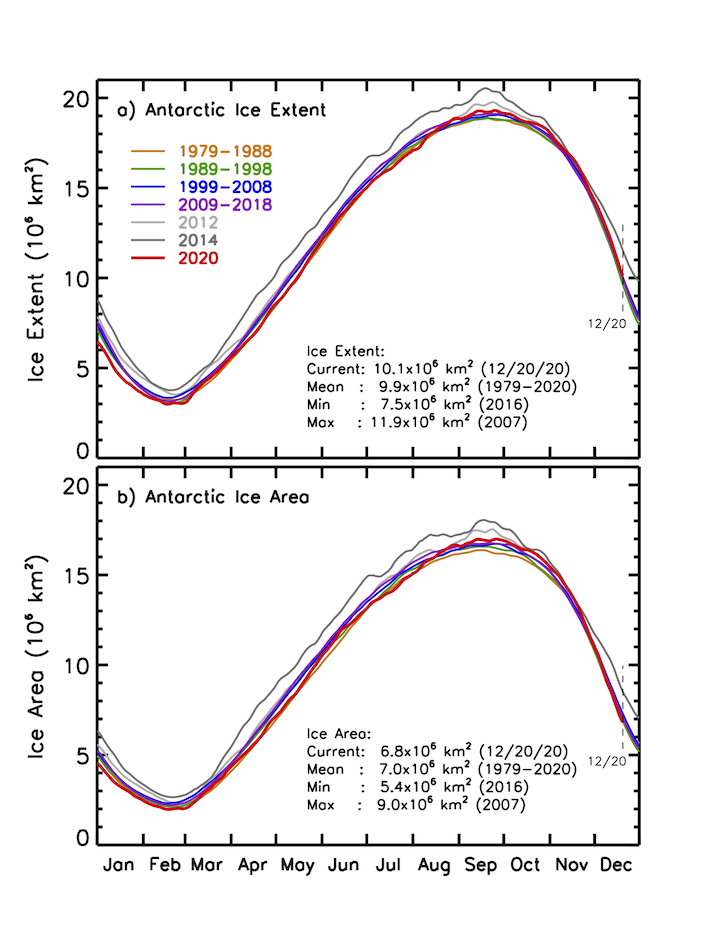 Analysis: Global sea ice is a primary indicator of warming or cooling, but data only go back to 1979, when satellite sensors and analytical programs could get a handle on measuring the area covered by sea ice. Even today it has problems, such as dealing with water on ice, as happens after a warm spell. The sensor sees water, not ice, but this does not mean the underlying ice is gone. If the Arctic loses ice, but the global balance is about the same, there is a lower liklihood of global warming. Per the NOAA National Snow and Ice Data Center, "While Arctic sea ice has set record lows, Antarctic sea ice has set record highs." Something has gone awry when all we hear from the news media and the pro-warming community is that Antarctic is doing as poorly as the Arctic. This dichotomy is not explained by the CO2-based models. Both should be the same. Attempts to explain through evaluations of atmospheric flows or ocean currents do not appear credible.

In 1988, upon making the switch from natural cycle and pollution-based global cooling to CO2-based global warming, this author told his team working on Ocean and Coastal Zones during their first meeting in Moscow, that evidence of warming would be convincing when it included an acceleration in the steady rise of sea level (from the prior ice-age) and a drop in the amount of global sea-ice. Neither has happened. We still don't have an integrated assessment to analyze the global sea ice data. Nevertheless, here are the two poles that can be visually integrated to show that global sea ice is being strongly decreased by the Arctic and slightly increased by the Antarctic. The Antarctic is musch greater, so the loss overall is relatively small.

This page updated or reviewed in September 2020